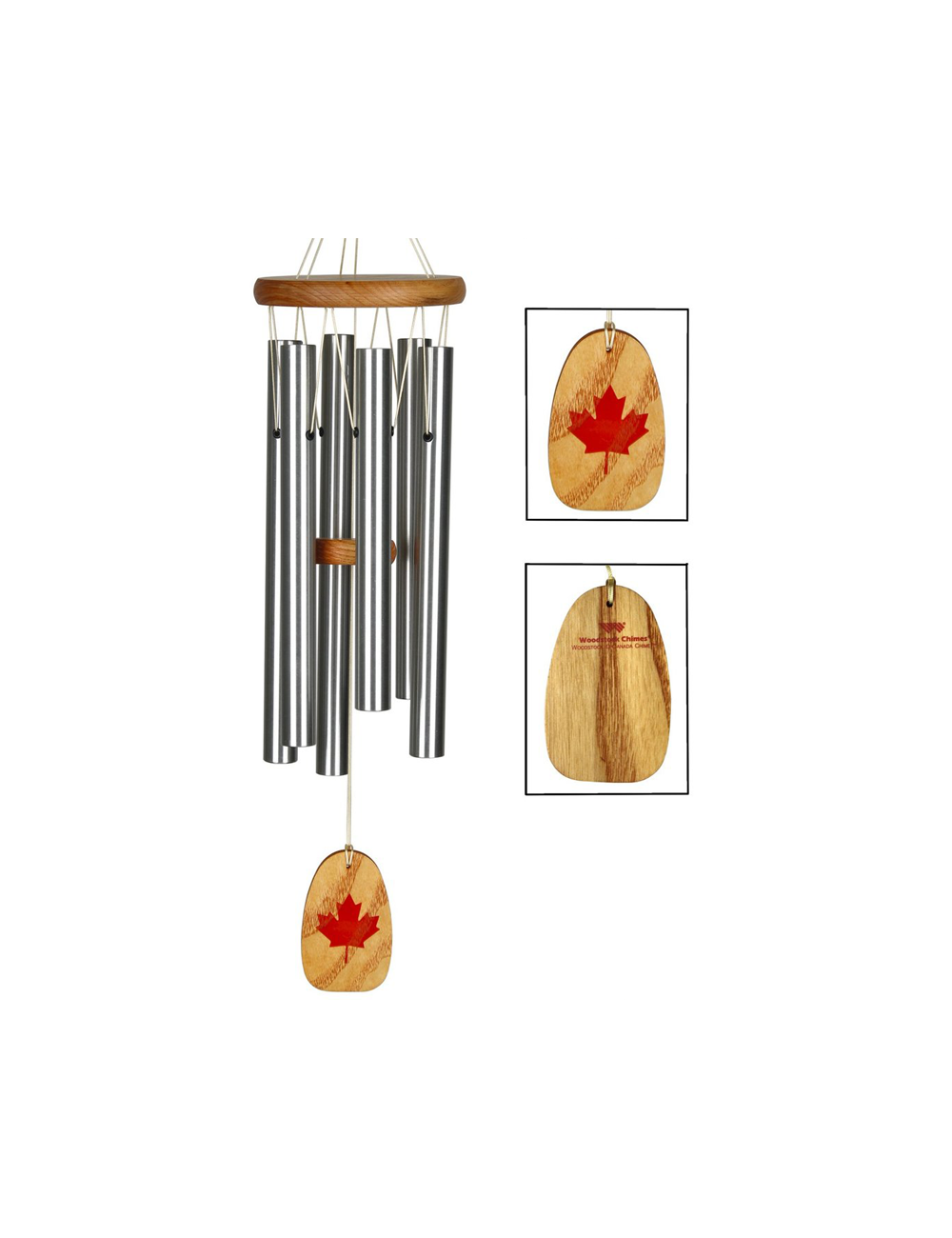 $79.99
o canada windchime - wsocan
Tuned to the opening notes of "O Canada," the Canadian national anthem, this chime was created to celebrate Canada\'s 150th birthday. Originally commissioned for the 1880 Saint-Jean-Baptiste Day ceremony, the song\'s music was composed by Calixa Lavalle and the original French lyrics were written by Sir Adolphe-Basile Routhier. The English lyrics that are used today were written by Robert Stanley Weir in 1908. "O Canada" has served as the Canadian national anthem since 1939, but wasn\'t made official until July 1, 1980. Because Canada is a bilingual country with both English and French being official languages, performers singing "O Canada" often mix the English and French lyrics. This chime carries a lifetime tuning guarantee. This chime was designed with a removable windcatcher that can be taken to a trophy shop, printer or jeweler to be engraved or silk-screened.

Comments (0)
No customer reviews for the moment.

Your review appreciation cannot be sent

Are you sure that you want to report this comment?

Your report has been submitted and will be considered by a moderator.

Your report cannot be sent

Your comment has been submitted and will be available once approved by a moderator.

Your review cannot be sent

In the same category